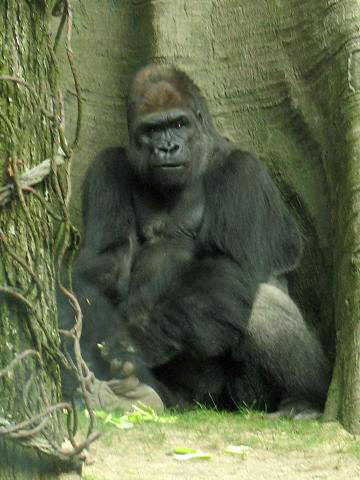 Almost a third of all apes, monkeys, and other primates are in danger of extinction because of rampant habitat destruction, the commercial sale of their meat and the trade in illegal wildlife, a report released Friday said.

Of the world’s 394 primate species, 114 are classified as threatened with extinction by the World Conservation Union. The report by the International Primatological Society in Hainan, China focuses on the plight of the 25 most endangered primates, including China’s Hainan gibbon, of which only 17 remain.

The situation is worst in Asia, where tropical forest destruction and the hunting and trading of monkeys puts many species at terrible risk. The 25 most endangered primates include 11 from Asia, 11 from Africa and 3 from South and Central America. The list includes well-known primates like the Sumatran orangutan of Indonesia and the Cross River gorilla of Cameroon and Nigeria, as well as lesser known species, such as the greater bamboo lemur from Madagascar.

Six species are in the report for the first time, including a recently discovered Indonesian tarsier that has yet to be formally named and the kipunji from Tanzania, which was discovered in 2003.

Where In The World Am I?